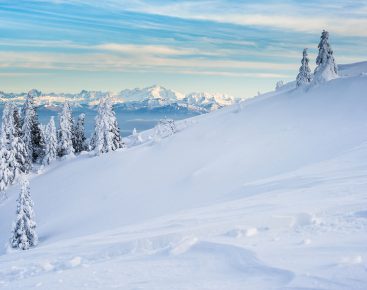 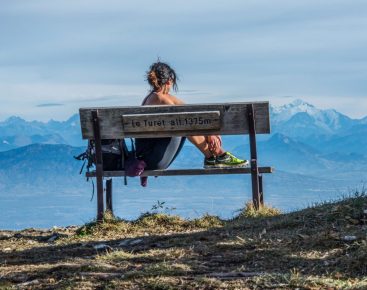 You probably know the Grosgurin butcher shop in Lélex! But do you know how long it has been in business? The answer : for 3 generations now. René, the grandfather (1910-2002), a cheese maker by trade, bought the business in 1936, which was in bankruptcy. In 3 weeks, he learns the trade of butcher and reopens the business. During the time of “Papy René”, the inhabitants of the village came to buy their meat even late in the evening because during the day, René was busy with other tasks. He bought animals for the butchery or to sell them. He did all the work on the farm next to the butcher shop…

Up to that point in time, there was no winter tourism. This began to develop thanks to the first ski lift. It was built in 1936, by Jean Grospiron (Edgar’s grandfather, Olympic champion) and mostly from 1956 with the creation of the cable car.

However, in the summer, there were many summer camps and the four hotels in the village were filled with summer guests. In search of greenery, fishing and “good air” as we said then. Meat was then served at both meals!

The butcher shop and Claude

Claude was immersed in this profession from a very early age. When he came back from school, he helped in the butchery, shaved the heads of calves at the slaughterhouse… He took over in 1976.

He could have been an architect, a car tester (besides, he still has a passion for cars!) or a sound engineer. But his attachment to his village, his valley and the passion of the trade transmitted by René won out. René continued to help him until his death at the age of 92.

Claude developed the business with his wife Nadine. He made many improvements, developed the sale on the market of Ferney-Voltaire starting in 1983, introduced new products…

Since 2013, Florian & Cyril, his sons, have taken over this family business. They develop it in their own way (Divonne market, wholesale) to the great satisfaction of Claude, always present to help them. And he is not alone, the ”Mamy Gilberte”, 92 years old, always gives a hand.

It is the 3rd generation. They studied cooking and butchery and worked in other companies before coming back. For them too, it was an obvious choice!

A trade that has evolved.

The business has evolved a lot! Customers eat much less meat than before, but the production of cold cuts (with the same recipes) and the development of the catering business allow the company to continue to exist in the valley.

All the products sold are home-made without exception. The meat is predominantly locally produced.

To finish, I leave the last word to Jules, 3 1/2 years old and the 4th generation.